Yesterday was our last day in Ames, IA. I had an amazing time there!

I started the day by going on my early morning bike ride, like usual and getting lost, like usual...

Later on, we had breakfast at a cafe, called The Cafe, ironically enough. The food was superb! I had an omelette, it was tasty! 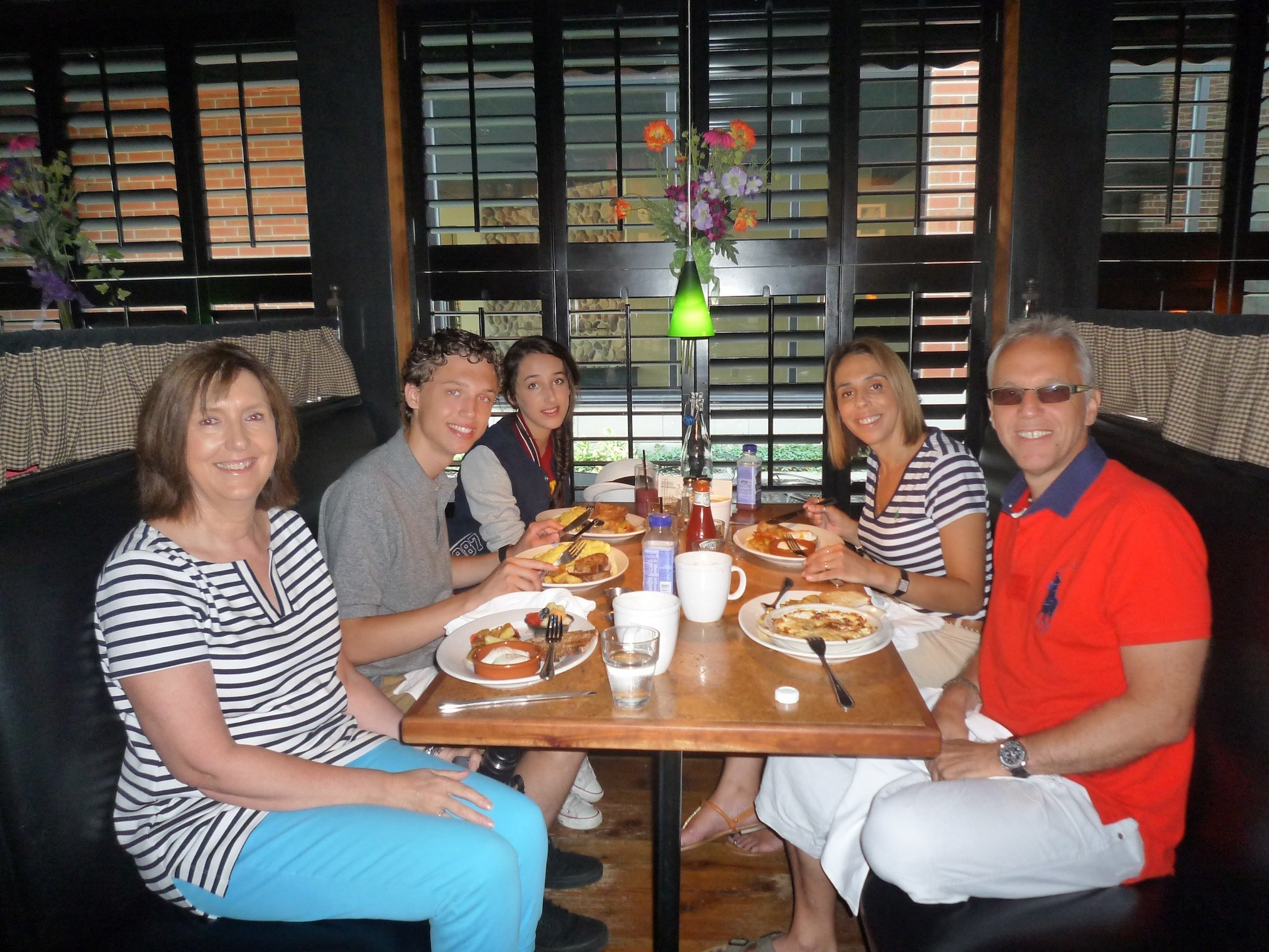 We then bought some groceries for our voyage (Thank you Janet for the roll you made me, it was delicious!) and we were then on the open road. 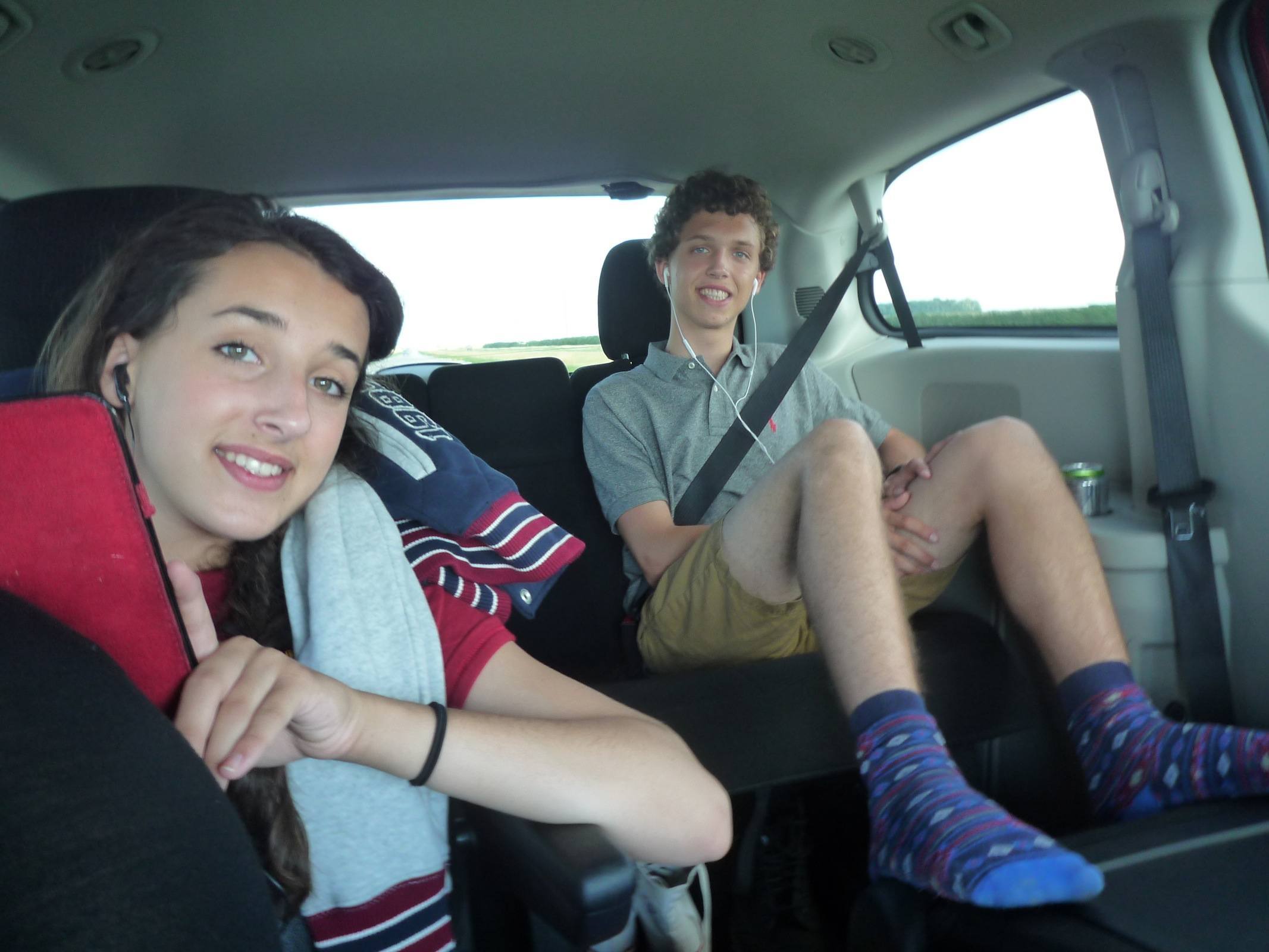 Interstate 35 had some of straightest roads I had ever seen, and the most corn I have ever seen! One thing I love about American highways is the advertising billboards. Some of the puns, jokes and images are just hilarious!

We stayed the night in Sioux Falls, SD. Unfortunely we didn't have time to see the falls of the Sioux river, but the location of our hotel was quite nice.

Like yesterday, today we had a lot of travelling to do, to get to Rapid City, SD, where Mount Rushmore is close by. We changed time zones again, we moved from central, to mountain time, which is a 7 hour difference to British Summer time (GMT+1). Along Interstate 90 were quite a few points of interests, like going over the Missouri river, and the National Parks - the Badlands.

We stopped off at the Badlands as somebody commented on my blog and recommend it. In parts, it was quite like a mini Grand Canyon, which makes it easier to take in all of its beauty. 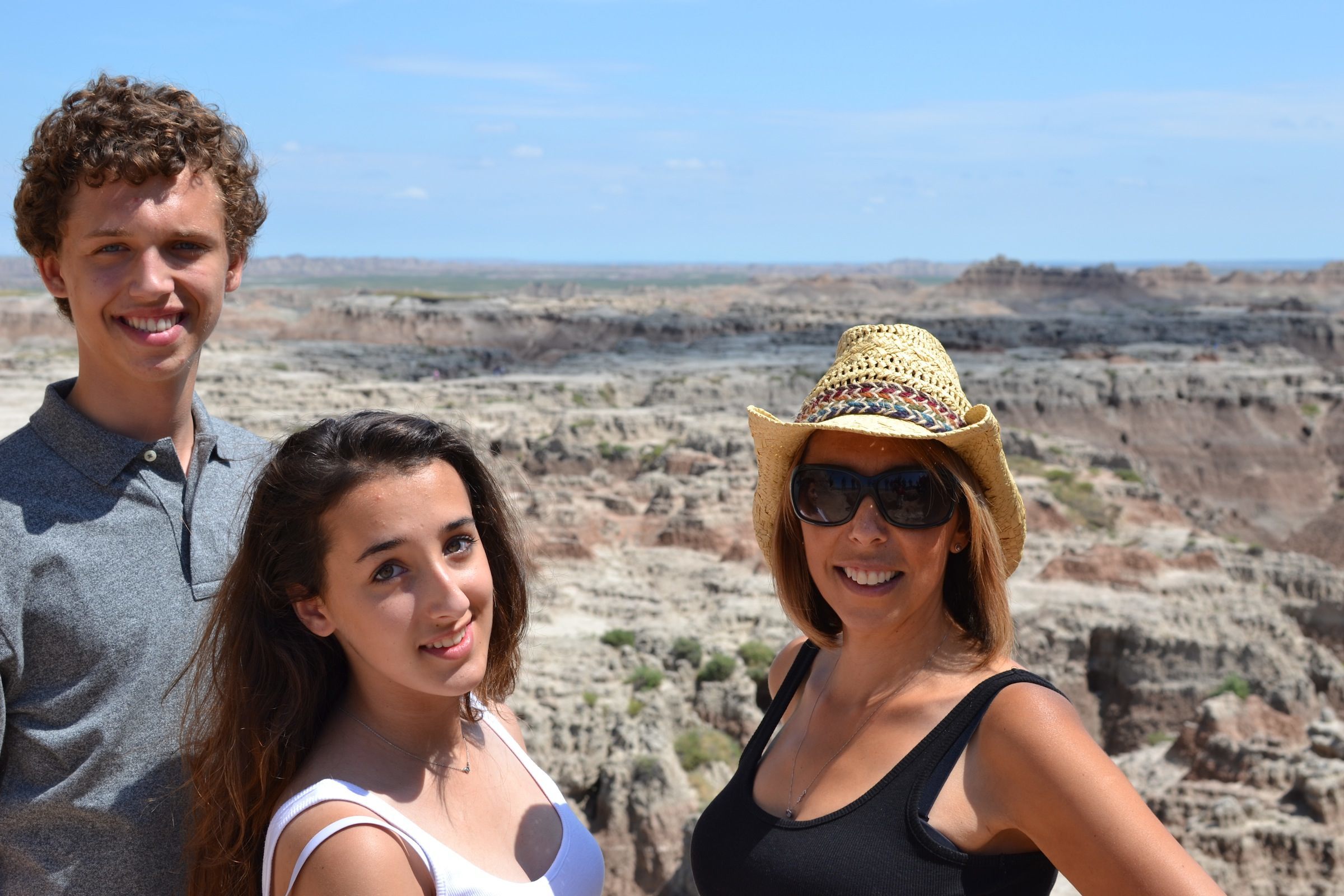 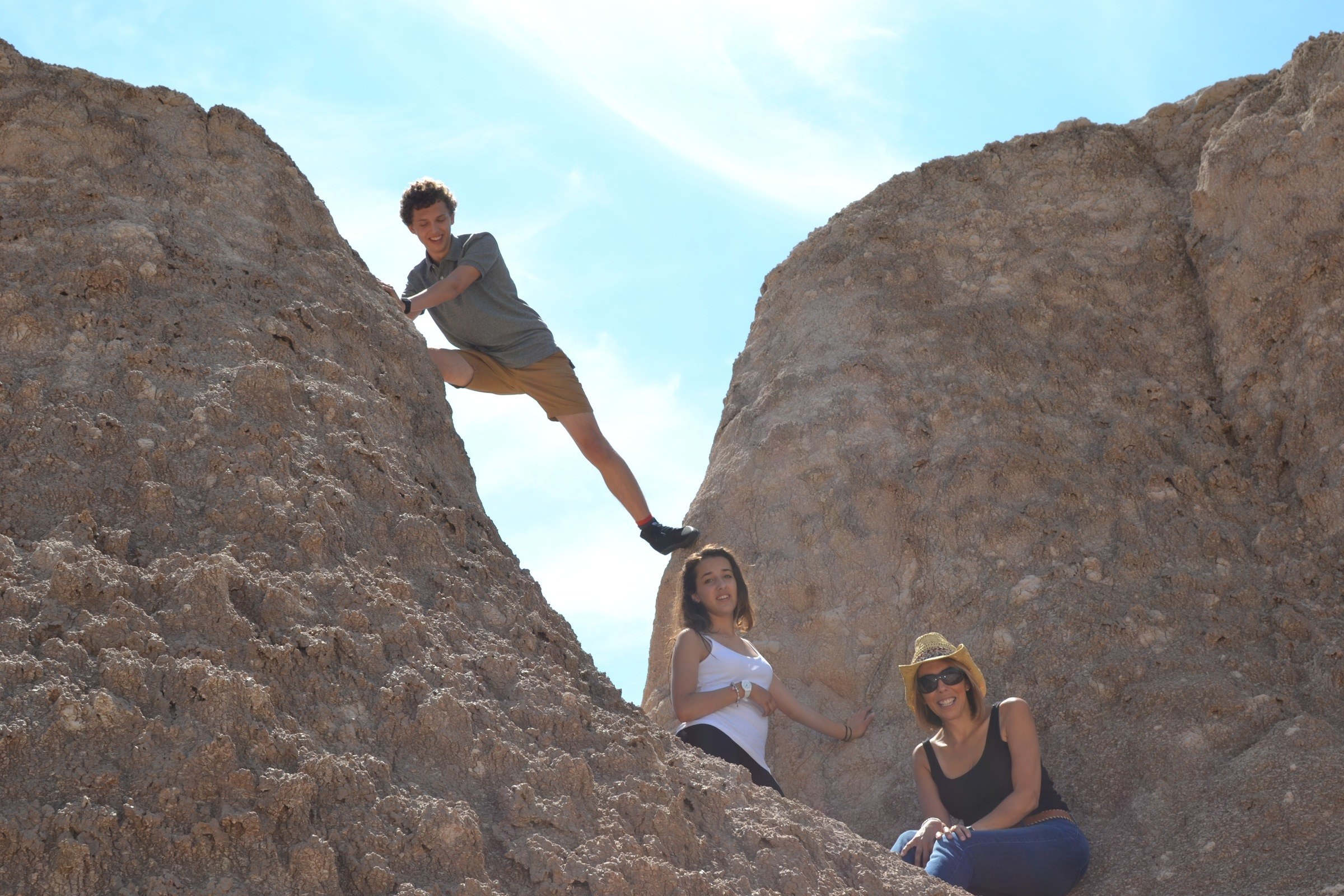 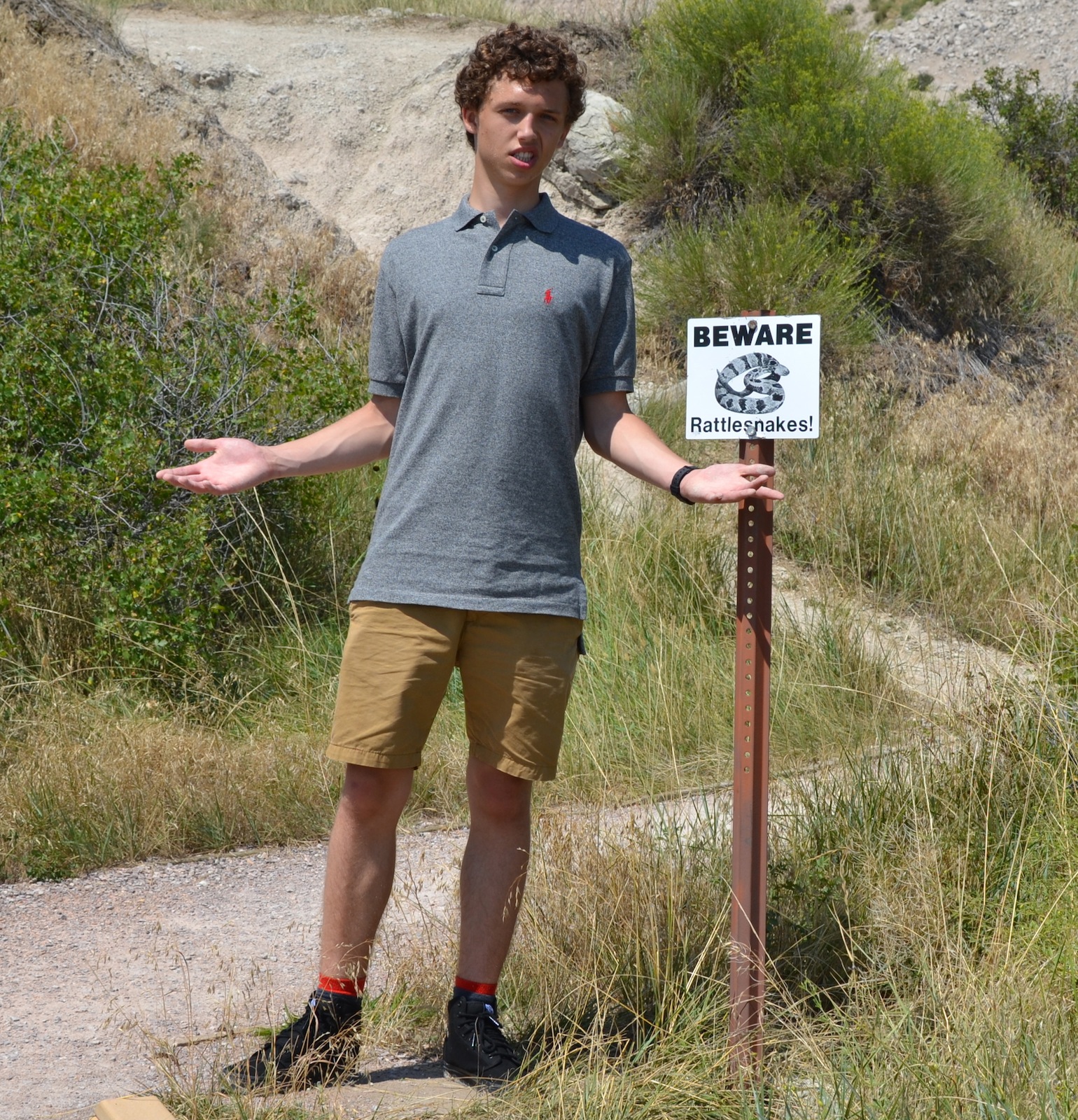 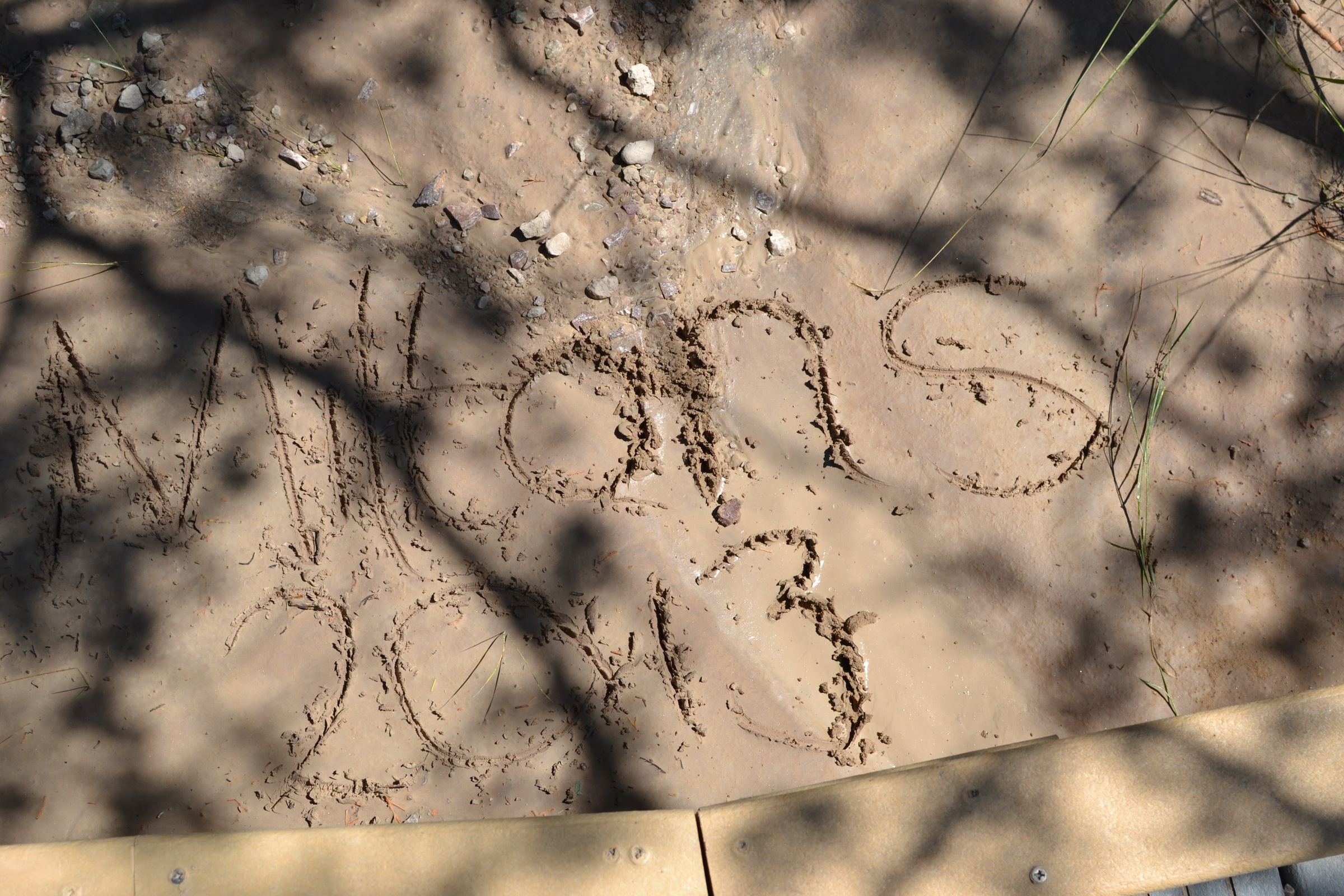 As we left, we came to a really long, straight and quiet road. So of course, with a situation like this, there are a whole manner of things to be done, like: 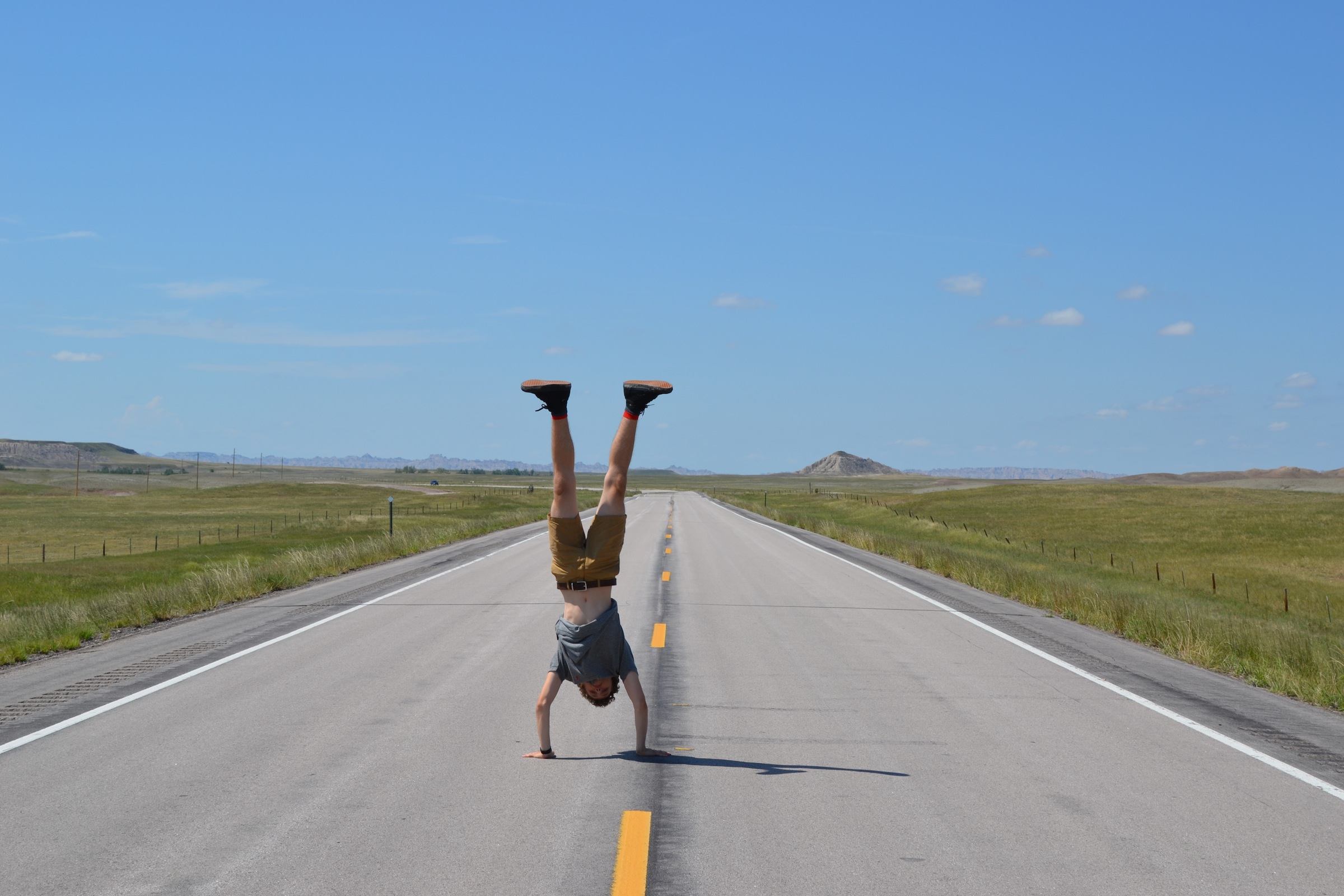 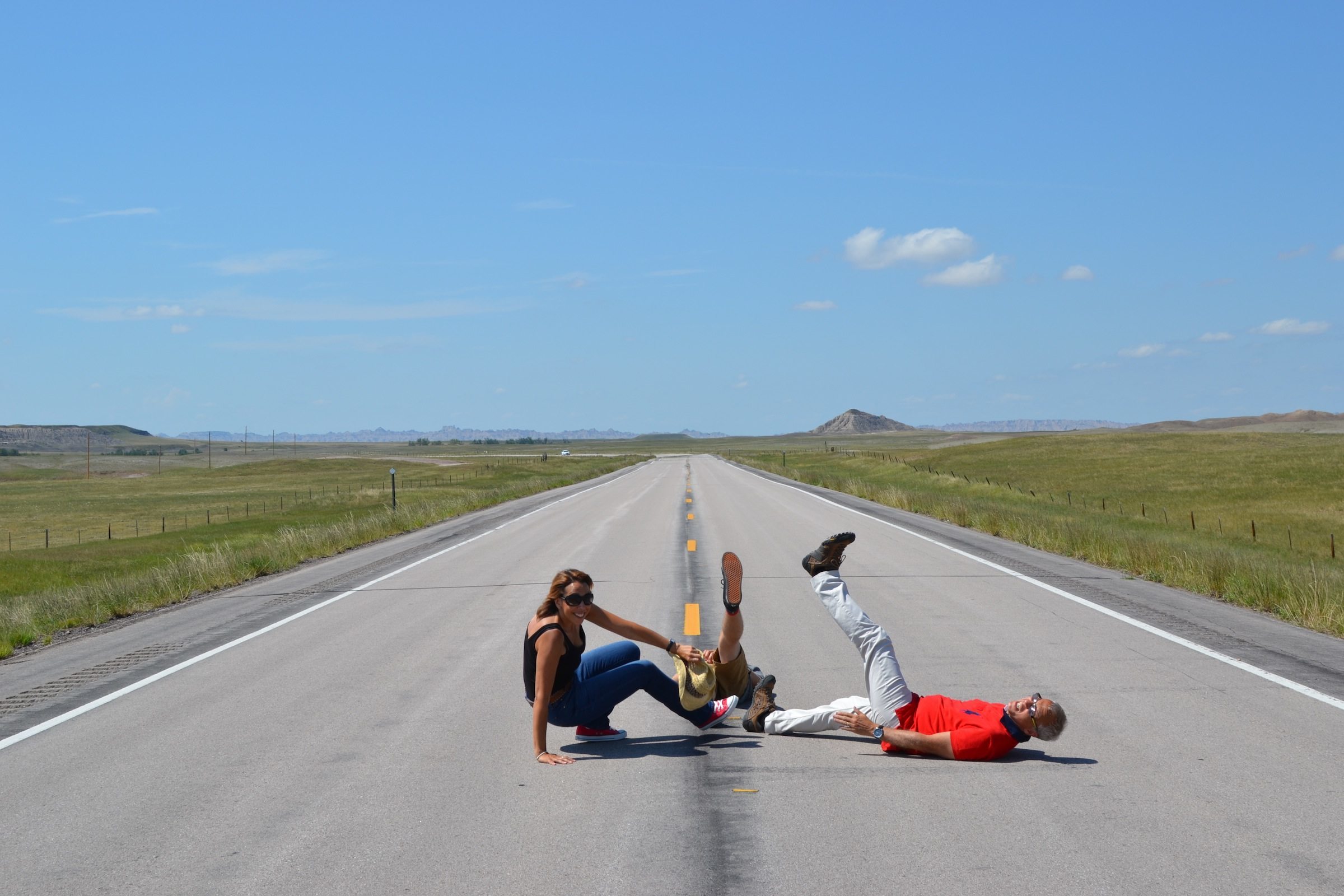 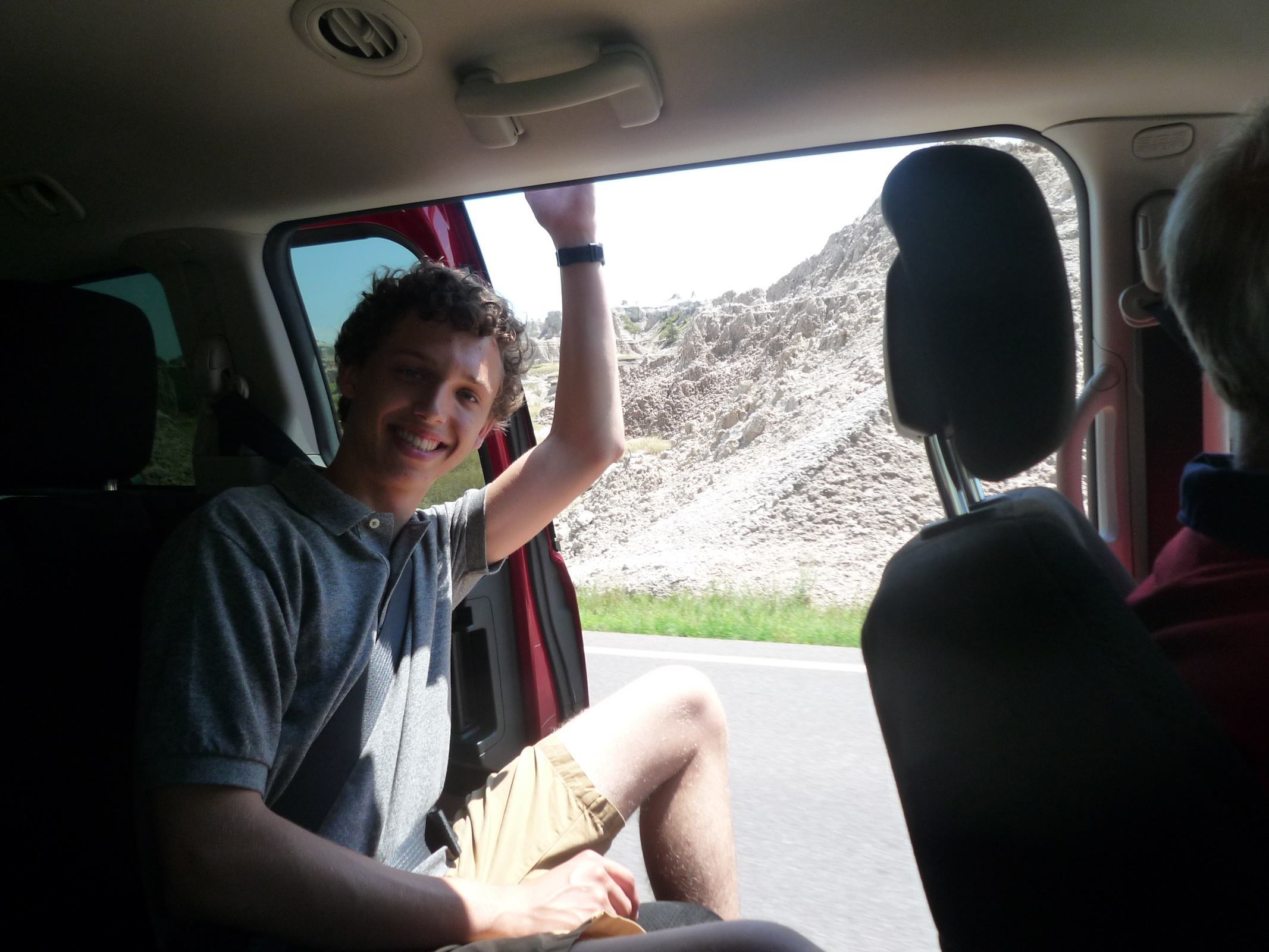 We eventually made it to Mount Rushmore. 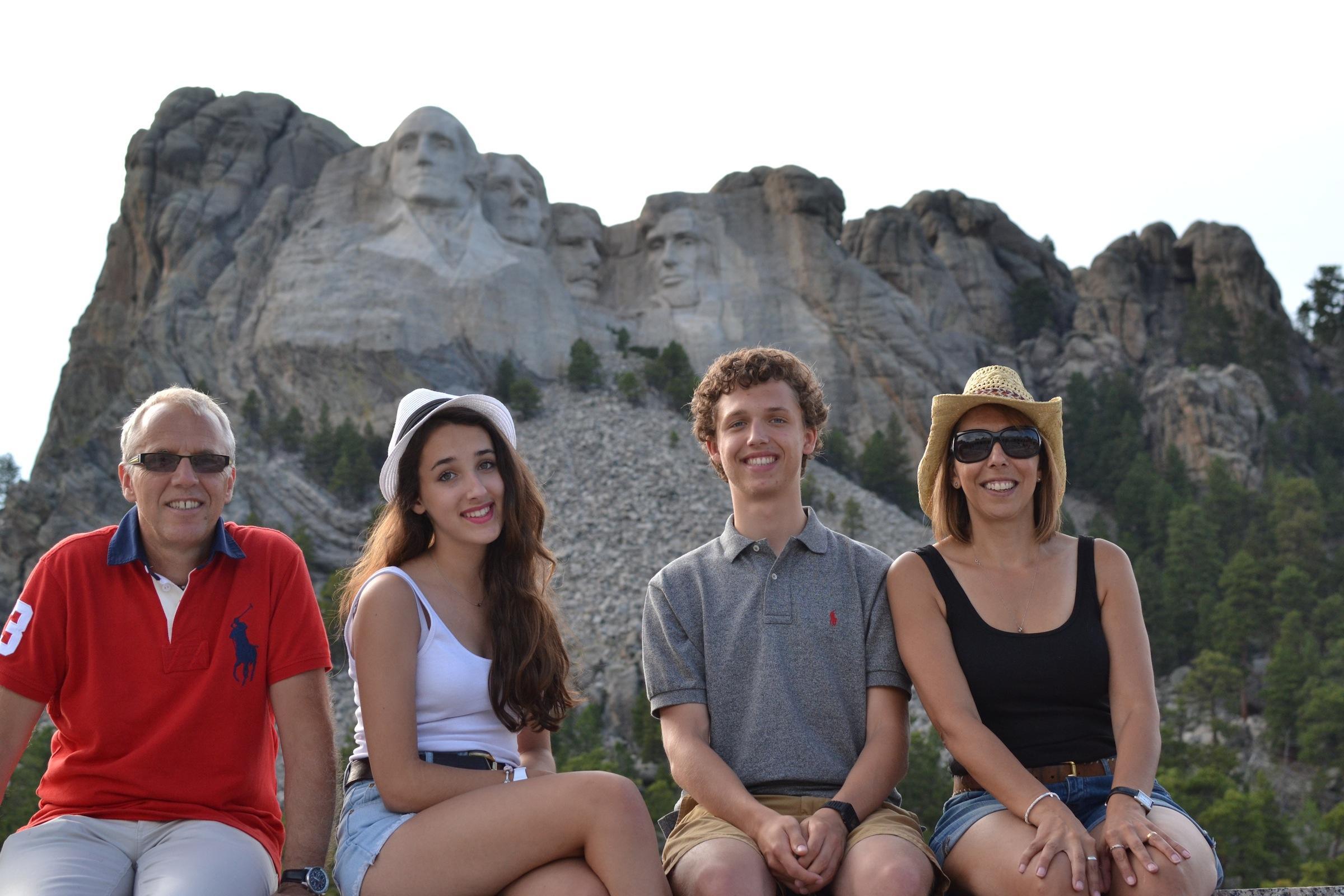 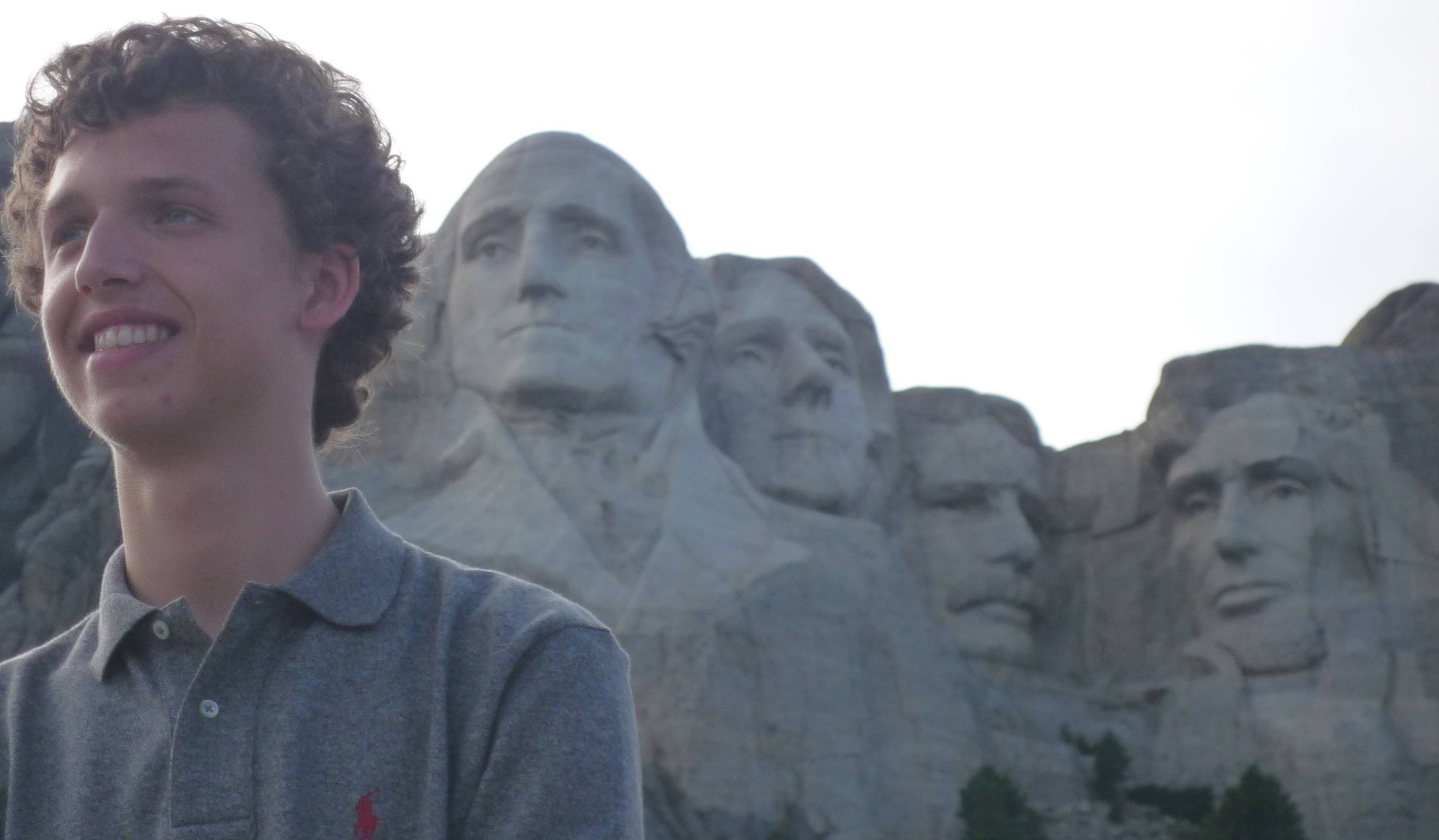 As the weather was slowly going dull, we went to an All American, Classic Diner. 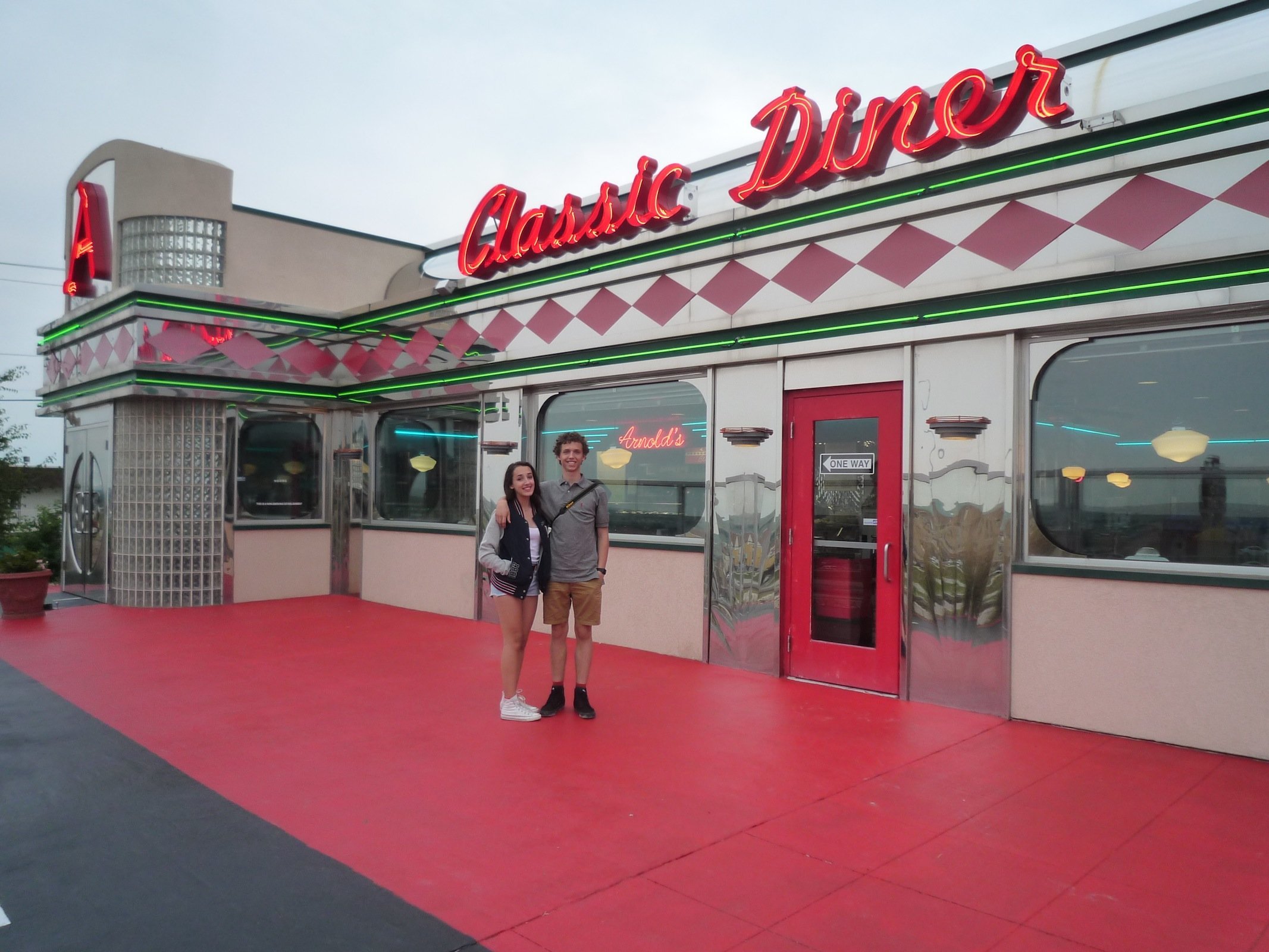 The food there was really nice, and it did really feel like I was in the 1940's. Quite honestly, I turned into an 8 year old boy in there because of my excitement. 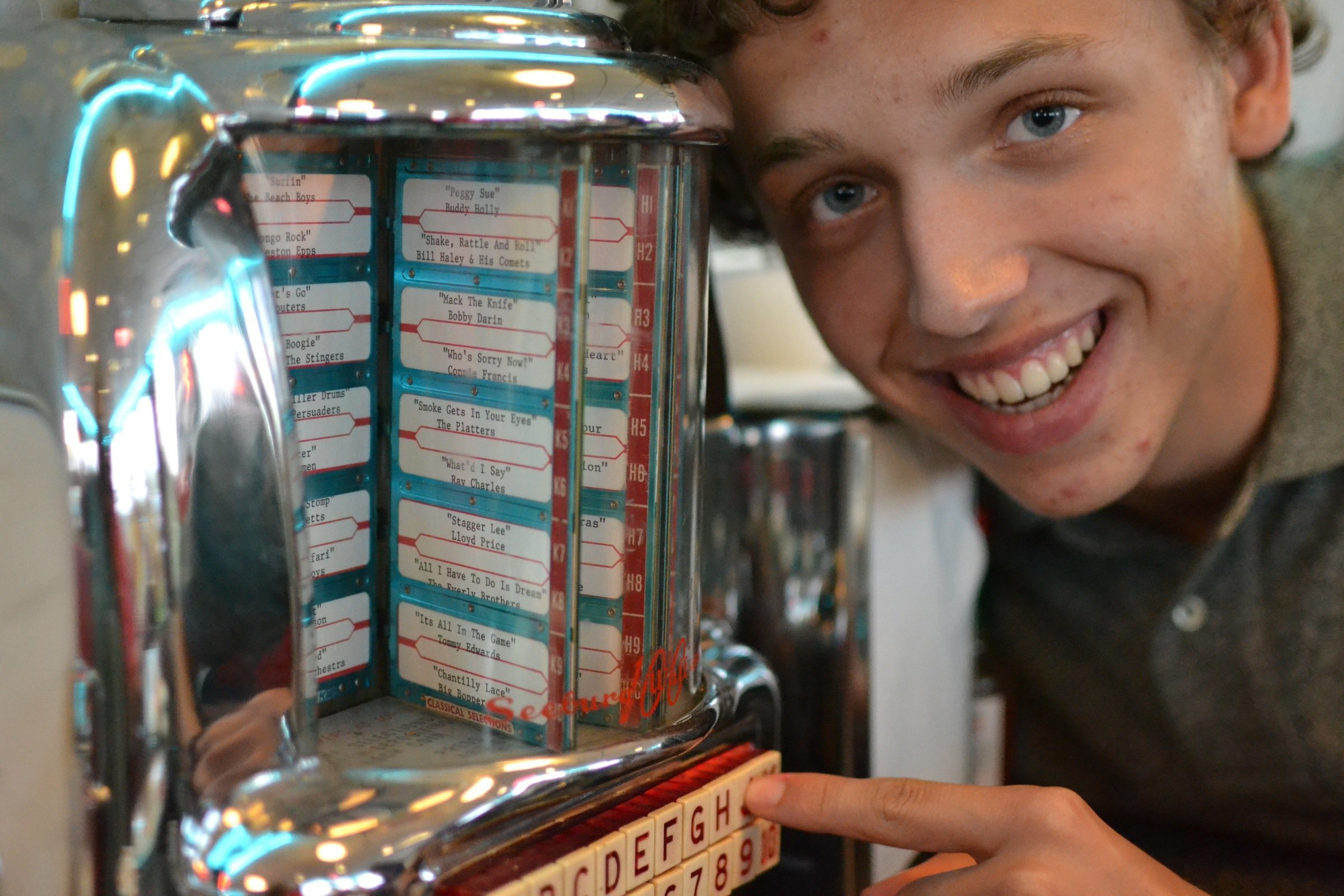 Also, a shout out to Libby, Georgi and Christie, for being such loyal and long time fans... ;)