I started the day bright and early with a run to the White House, because that's what Brodie did on the TV show, Homeland.

We all then started walking down Connecticut Ave towards the White House, it reminded me of the Fresh Prince of Bell Air mansion. 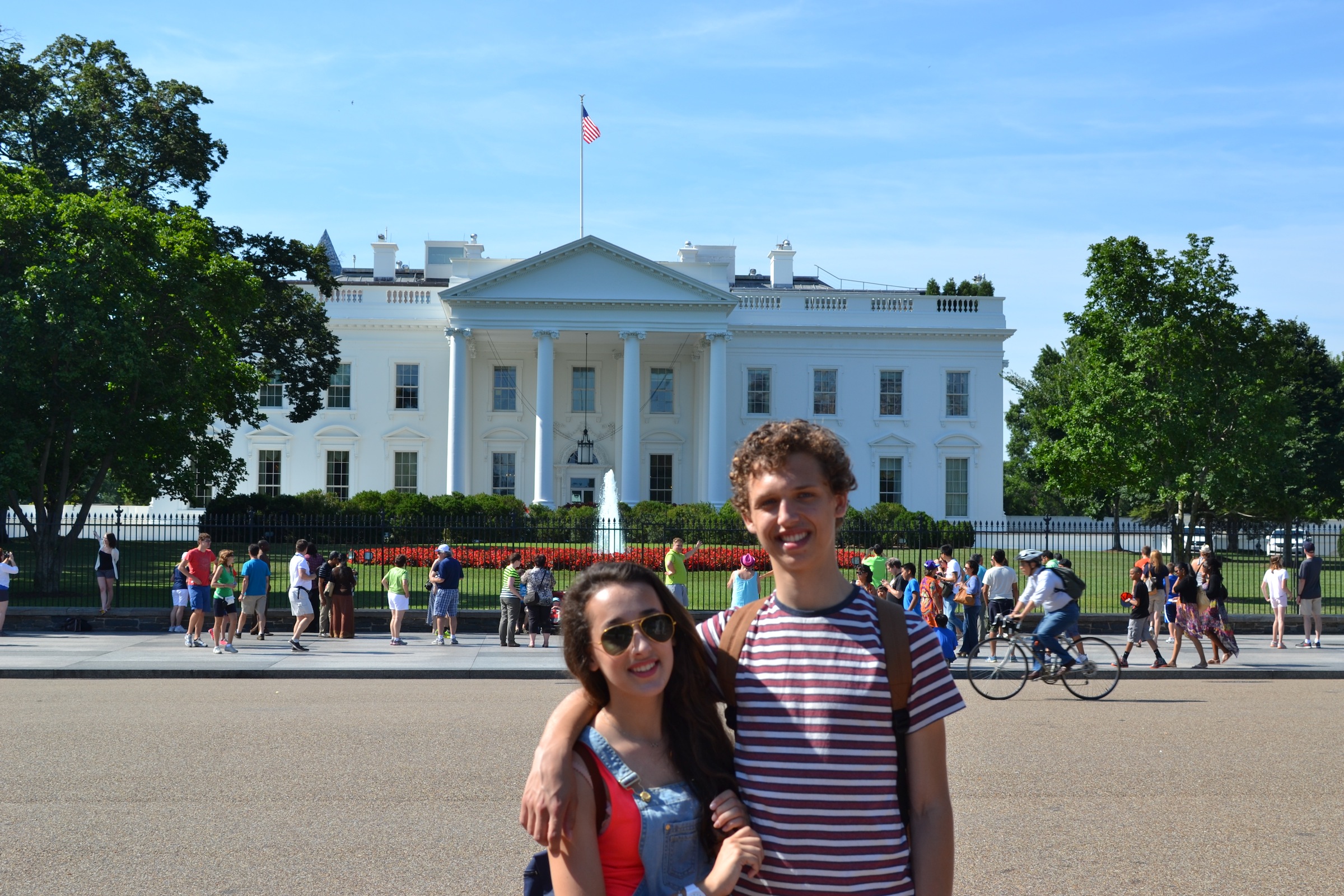 After taking loads of photos, we started walking behind the White House, arguing where we should be walking next. A very nice government official told us to stay where we were, behind the White House, because we were going see Barak Obama taking off in Marine 1. The helicopter was going to be landing in his back yard in any second to take him to one of his meetings. 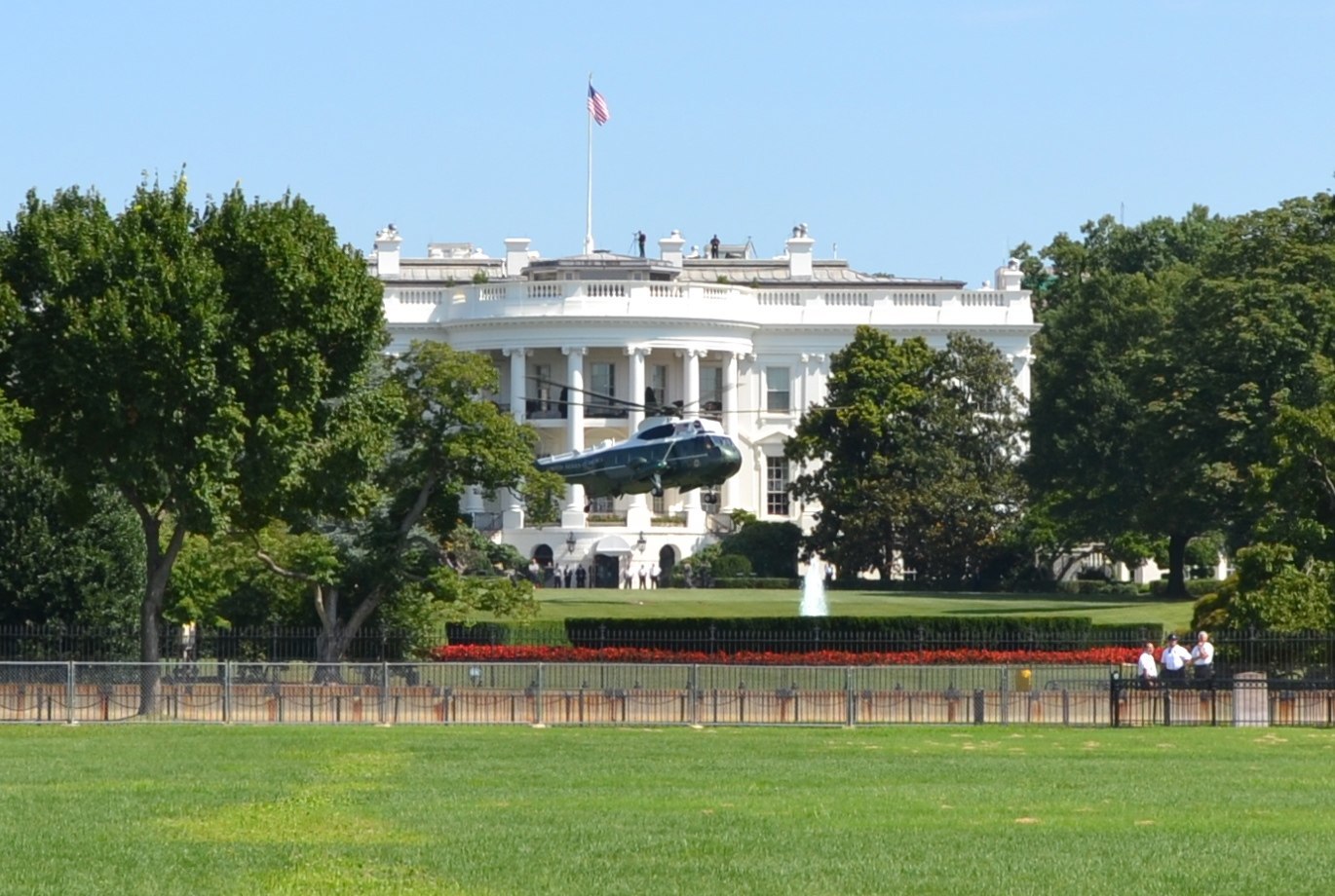 We then headed over to the Washington Monument, which was covered in scaffolding due to the earthquake Washington recently had, which was a 5.1 on the Richter scale.

Just beyond that was the Lincoln Memorial, where legends like Martin Luther King and Forrest Gump made their speeches. 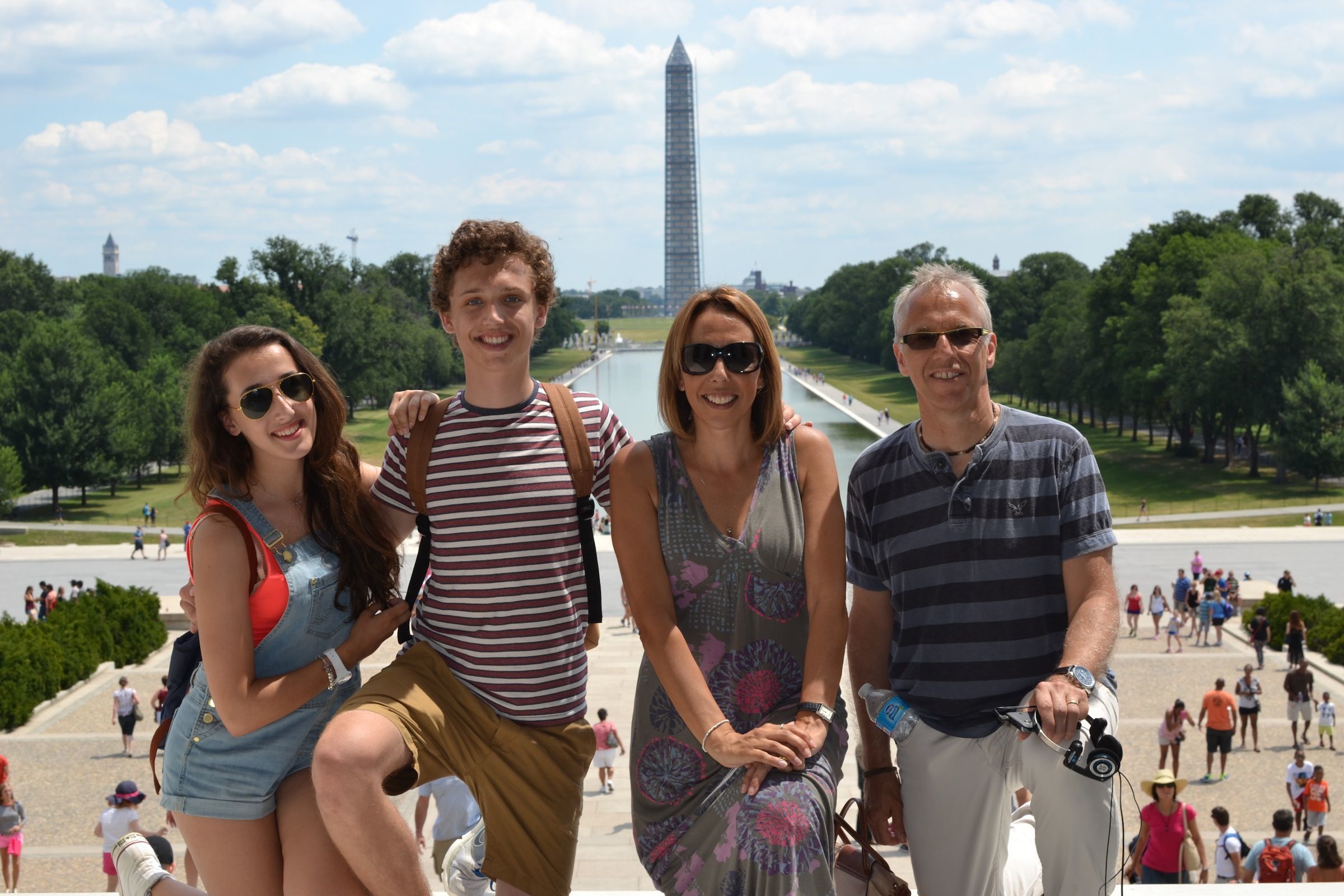 Here is the Reflection Pool, where Jenny on Forrest Gump swam/ran across to Forrest. (Forrest Gump theme not intended). 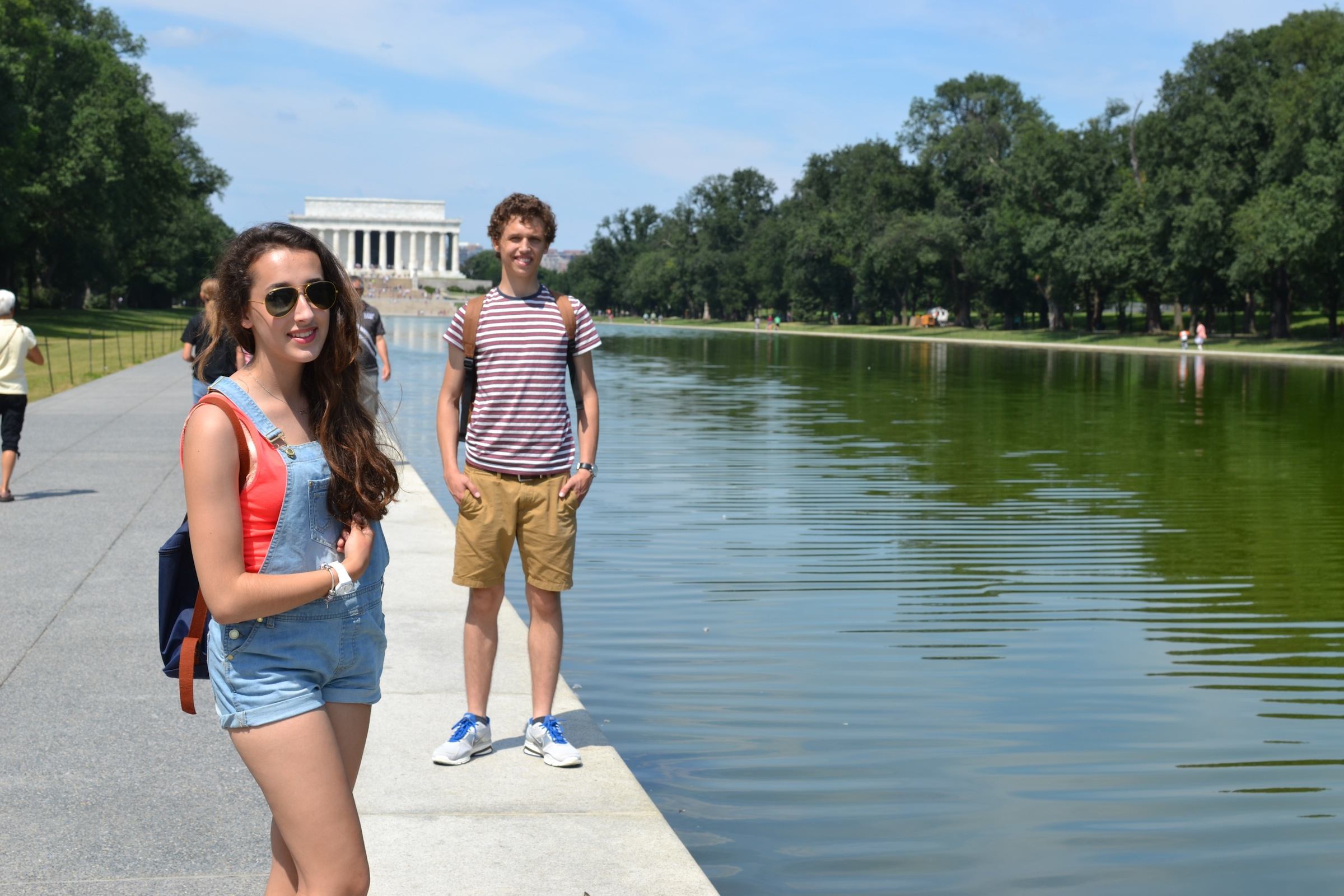 We then headed up to President Lincoln, he was sitting in his chair. His memorial had been recently vandalised, with green paint by some crazy lady from another country. Don't worry though, she was caught! 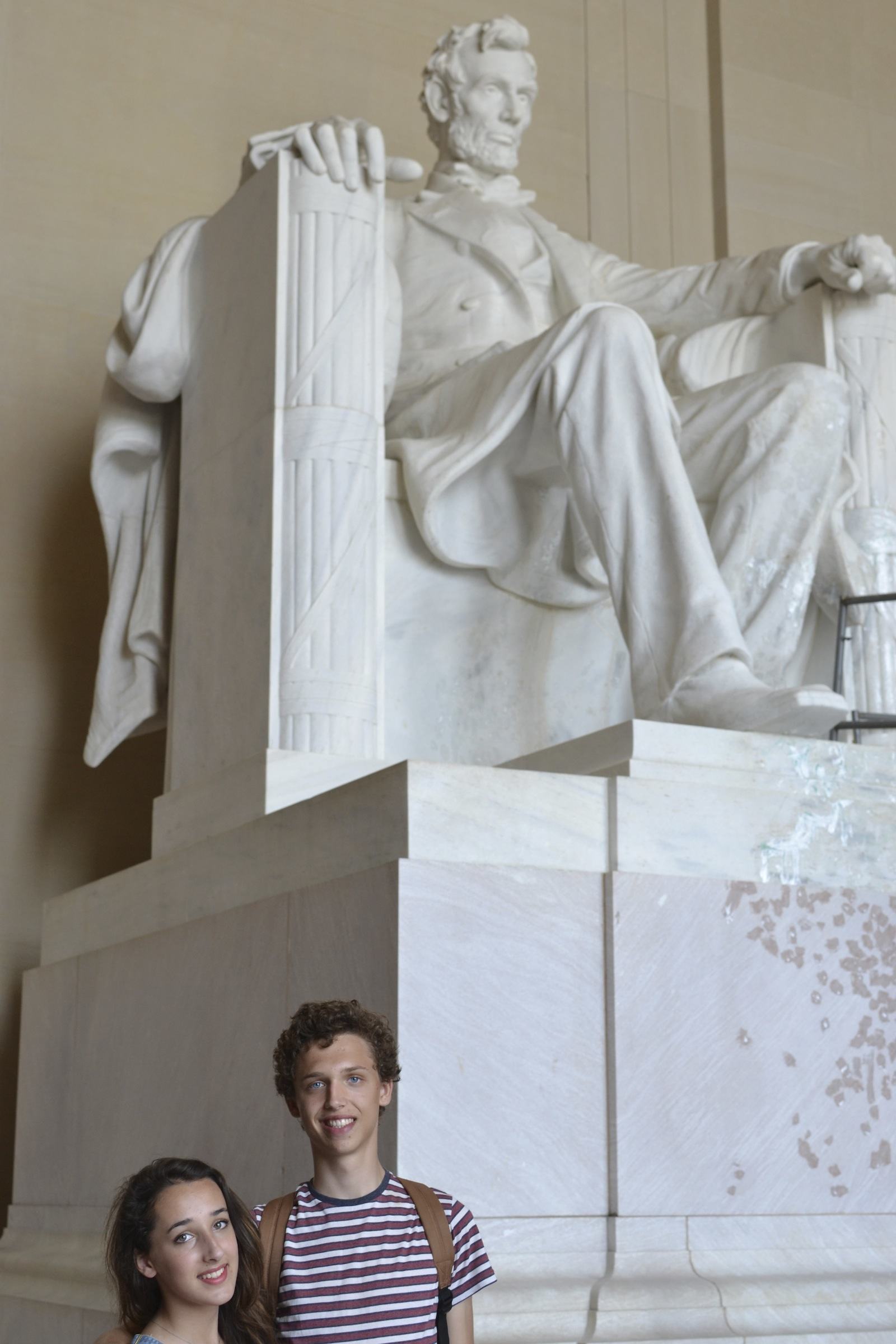 After visiting Roosevelt and Jefferson's memorials we peeked and got a taxi back to the hotel, where we all flaked out.